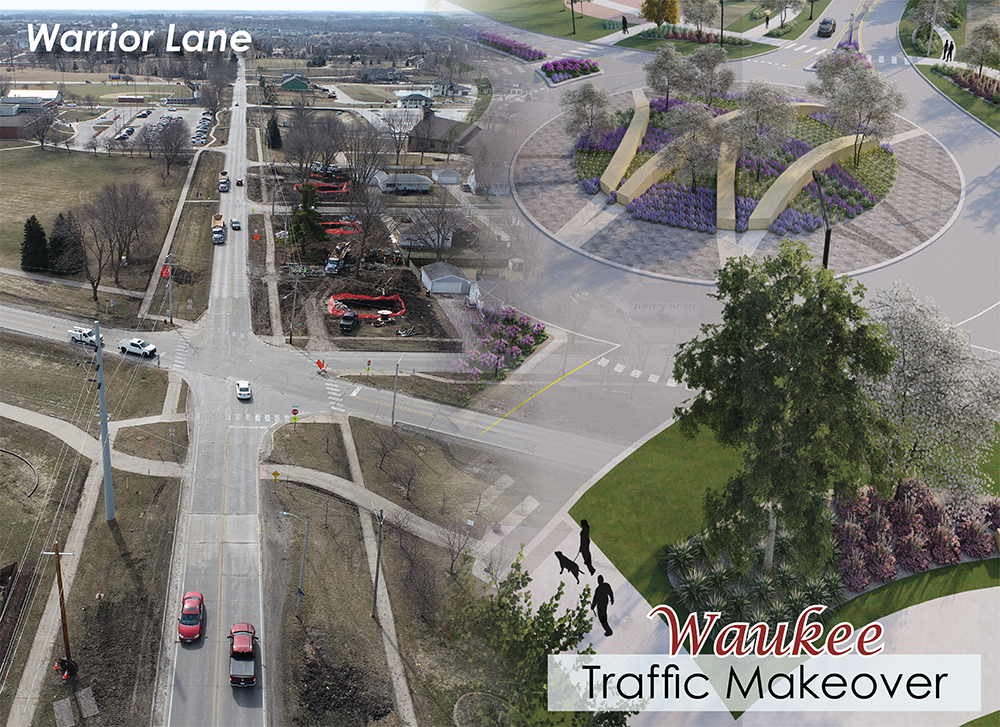 Construction will occur in the spring and summer of 2021. The first stage of construction began in March and included the closure of Warrior Lane south of Ashworth Drive to the north entrance of Waukee Middle School. Northview Drive and Bel Aire Drive will be closed at Warrior Lane.

June 1 Update: Ashworth Drive, just east and west of Warrior Lane, is now closed. This shuts down the five-way intersection located at Warrior Lane and Ashworth Drive for the remainder of the summer, to allow construction crews to build the new roundabout intersection. The Heart of the Warrior Trail will not be impacted immediately, however, there may be temporary closures to allow utility crossings. The portion of the Heart of the Warrior Trail between Windfield Park and SE Olson Drive may be used as a temporary route for emergency services during the closure of the five-way intersection. If trail users see emergency vehicles on the trail, they should clear the trail to give space for the vehicles to safely pass. Waukee Middle School's north entrance on Warrior Lane will be closed. 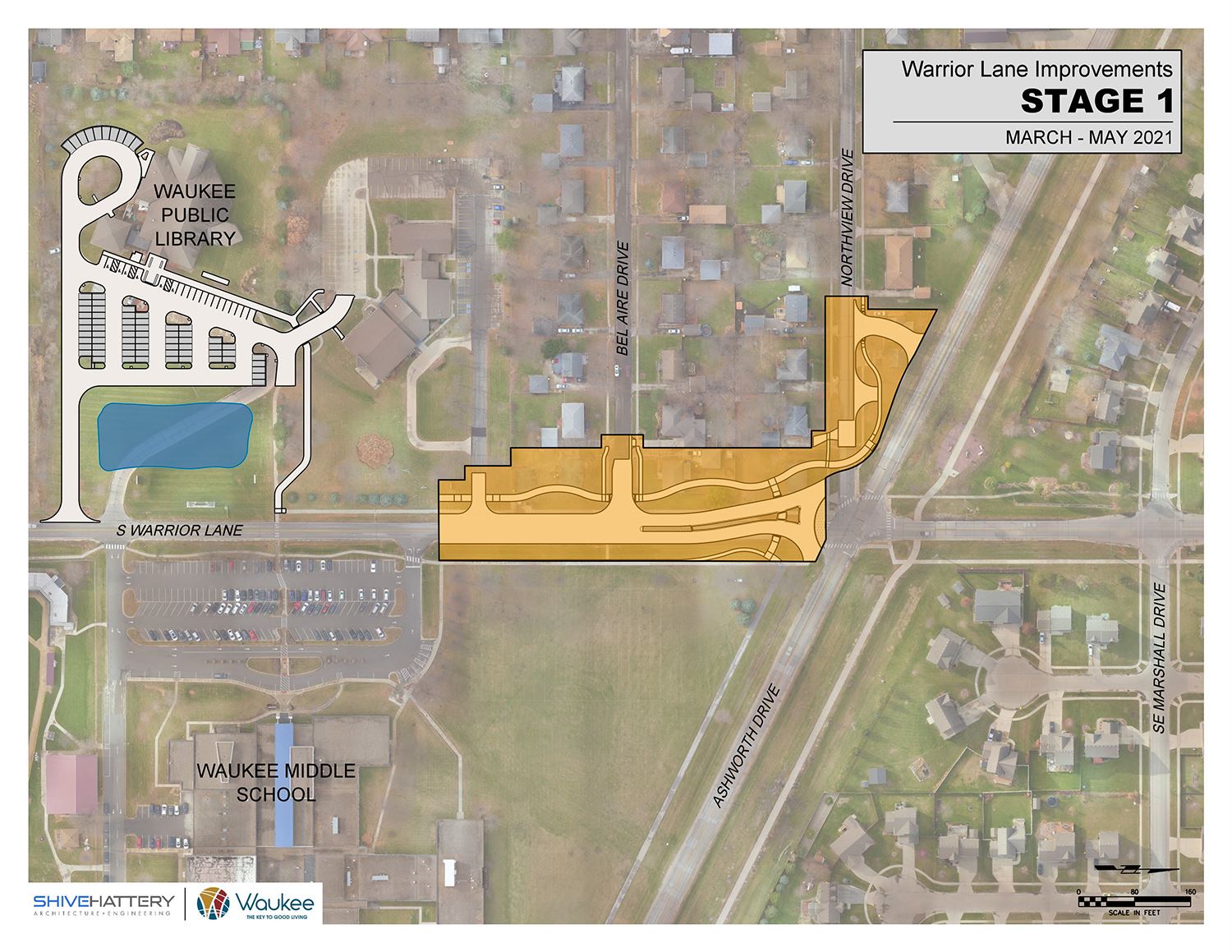 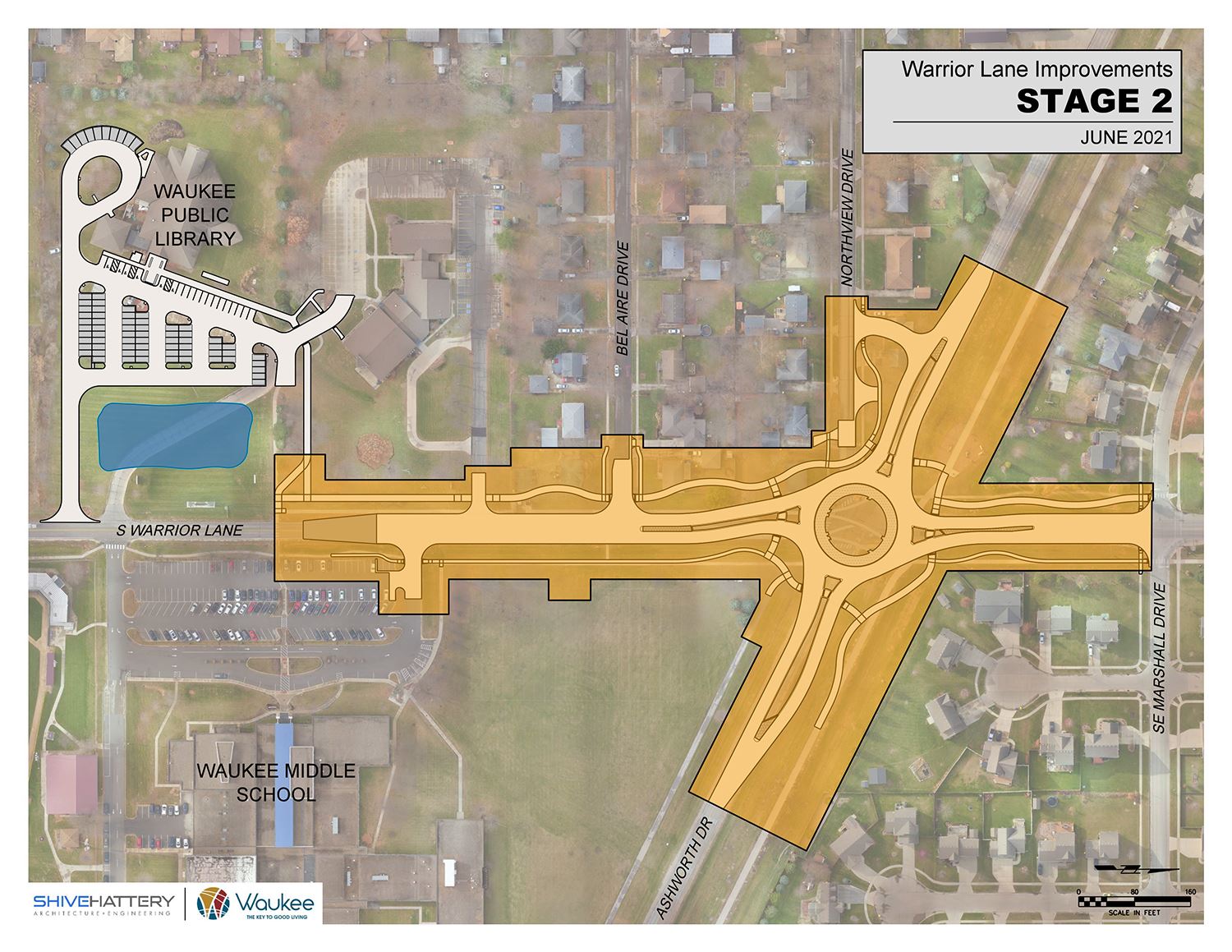