In May 2020, the U.S. Census Bureau named Waukee the fastest-growing (large) city in Iowa, based on population growth since 2010. Waukee now has an estimated population of 24,089. City officials project that Waukee’s population could reach 35,000 by the year 2030. Waukee has a low unemployment rate, along with a highly educated workforce. Many employees in the Waukee Laborshed area (which includes West Des Moines, Clive and neighboring rural communities) are commuting to other cities for work, and they indicate that they would be likely to change or accept employment for a better opportunity closer to home. Waukee’s demographics demonstrate that the community is poised for further economic growth. 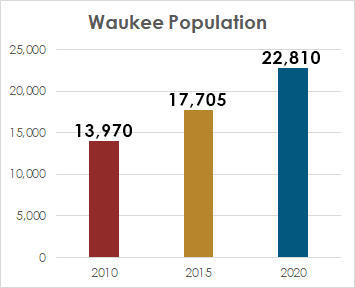 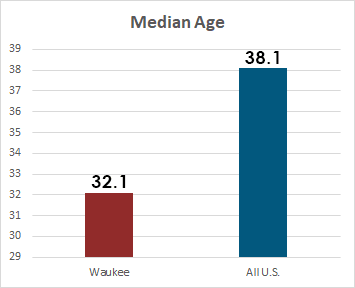 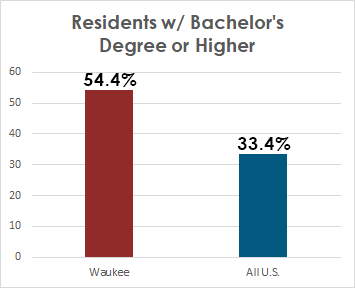